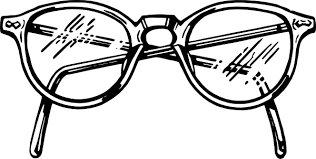 Benjamin Mako Hill begins his introduction with a rather intriguing concept he sites from Mark Weisner. Weisner in “The World is Not a Desktop” explains that the ideal form of technology is the eyeglass as it is a tool by which you can look at the world through. Technologies blend into our lives almost seamlessly until, like a scratch on an eyeglass, you visibly see when technologies are not working smoothly. What is intriguing is Hill begins to discuss the “error” that is visible when Microsoft Windows crash and you see the iconic signal. After reading Russell and his interpretation of Glitch as “not an error” its interesting to see other scholars perpetually identifying glitch as an error. “Anyone who has seen a famous “Blue Screen of Death” on a public screen or terminal knows how errors can thrust the technical details of previously invisible systems into view” (27).

Hill continues by explaining why humanities scholars are actually one of the disciplines which understand technological and its mediation and limitation. In the Humanities, scholars bring about what is not seen/visible. When I’ve taken humanities courses as a student we often read through the lines, analyzing and re-analyzing to bring about a “truth” or an unseen implication in what is read.

Here, I’m assuming Hill is implying the same. Hill then references Weisner again as a source that explains how humanities scholars are valuable in the field of technology as they expose the invisible or not seen.

Hill then goes into an extensive discussion on printing and the evolution of printing to fix errors in words or misprints. The change in printing technologies and the move towards Monotype and Linotype changed the way that printing mechanically was done. Moreover, the errors in previous forms of printing helped to present, in a visible manner, what needed to be fixed while simultaneously and inadvertently presenting the positive attributes of an error itself.

When Hill brought this point up using the example of printing mechanisms I tried to think of examples in my own world where errors catalyzed productivity. The example I thought of was whenever my computer freezes or glitches, malfunctions due to overheating or the invasion of a virus, the initial reaction is to learn to be more patient, depend less on technologies and accept the volatility of our technologies and the lack of safety my memories and work have in their homes of my technologies. The long term and physical productivity that relates more to Hill’s example of the printing press innovations is my need and desire to buy more advanced and reliable technologies. For example, newer phones, better upgrades and nicer and faster laptops. Moreover, what I take from Hill’s “Revealing Errors” is understanding the importance and the implications of the visible errors, not only understanding what they represent but also what they catalyze.